Bullying remains a concern in theatres 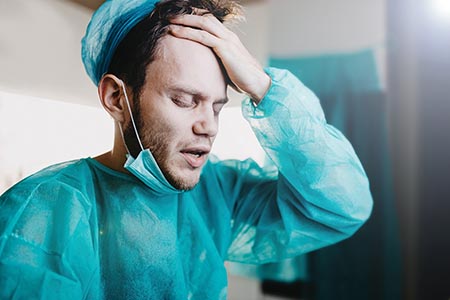 A nationwide survey shows that bullying behaviour is still commonplace in operating theatres, creating an unsafe culture in UK hospitals.

Following the Mid Staffordshire scandal and the subsequent Sir Robert Francis’ Inquiry (published in 2013), there has been an increased national focus on the importance of developing an open culture where staff feel safe to raise concerns. Bullying was identified as a key issue, by the Francis report – not only does it have an impact on rates of staff sickness and retention, but it also has serious implications for patient safety. In the operating theatre, effective teamworking and the ability to raise concerns are absolutely critical.

It is a serious concern, therefore, that a second survey by the Association for Perioperative Practice (AfPP) has confirmed what has long been suspected – that bullying remains a major issue within the operating theatre and associated areas. AfPP’s first survey, at the end of 2019, asked a series of questions relating to culture and behaviour within the perioperative environment, and highlighted that 86% of respondents felt concerned about staff wellbeing and the effect it is having on patient safety. The results indicated that bullying is a significant factor in raising their concerns.

Dawn Stott, CEO of the Association explained: “As an organisation, we take patient outcomes and the wellbeing of all perioperative practitioners very seriously. Our ‘Caring for those who Care’ campaign looks at how best to improve negative cultures and challenging behaviours within the operating theatre, as well as raising awareness of the impact on patient safety.

ClearView are the UK’s Endoscopy repair specialists. Our focus is on delivering an unparalleled service to meet the demands of modern Endoscopy units. All our repairs are carried out in our UK-based repair centre by our highly experienced technicians. Our technical staff have worked extensively in the OEM and third-party repair setting, maintaining predominantly Olympus equipment.