One in eight deaths in 2019 linked to bacterial infections 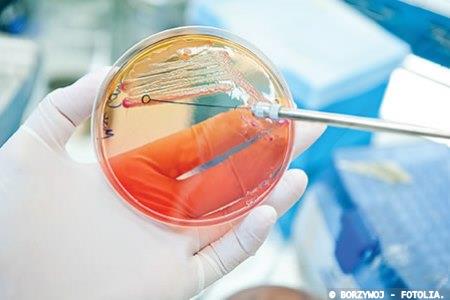 Common bacterial infections were the second leading cause of death in 2019, and were linked to one in eight deaths globally, according to an analysis published in The Lancet.

There were 7.7 million deaths in 2019 associated with 33 common bacterial infections, with five bacteria alone connected to more than half of all deaths. The deadliest bacterial pathogens and types of infection varied by location and age.

Second only to ischaemic heart disease as the leading cause of death in 2019, the analysis highlights reducing bacterial infections as a global public health priority. Building stronger health systems with greater diagnostic laboratory capacity, implementing control measures, and optimising antibiotic use is crucial to lessen the burden of disease caused by common bacterial infections.

“These new data for the first time reveal the full extent of the global public health challenge posed by bacterial infections,” said Dr. Christopher Murray, study co-author and Director of the Institute for Health Metrics and Evaluation (IHME) at the University of Washington’s School of Medicine. “It is of utmost importance to put these results on the radar of global health initiatives so that a deeper dive into these deadly pathogens can be conducted and proper investments are made to slash the number of deaths and infections.”

While many estimates exist for pathogens such as tuberculosis, malaria, and HIV, until now estimates of the disease burden of bacterial pathogens were limited to a handful of specific pathogens and types of infection, or focused only on specific populations. More deaths were linked to two of the deadliest pathogens – S. aureus and E. coli – than HIV/AIDS (864,000 deaths) in 2019, yet analysis shows HIV research was awarded $42 billion dollars while E. coli research was awarded $800 million. The authors say such funding gaps might have arisen because there was, until now, a lack of data on the global burden of these infections.

The new study provides the first global estimates of mortality associated with 33 common bacterial pathogens and 11 major infection types – known as infectious syndromes – leading to death from sepsis. Estimates were produced for all ages and sexes across 204 countries and territories. Utilising data and methods from the Global Burden of Disease 2019 and Global Research on Antimicrobial Resistance (GRAM) studies, the authors used 343 million individual records and pathogen isolates to estimate deaths associated with each pathogen and the type of infection responsible.

Age-standardised mortality rates varied by location, as did the deadliest pathogens. Sub-Saharan Africa recorded the highest mortality rate, with 230 deaths per 100,000 population. By comparison, the high-income super-region – which includes countries in Western Europe, North America and Australasia – recorded the lowest mortality rate, with 52 deaths per 100,000 population. S. aureus was the leading bacterial cause of death in 135 countries, followed by E. coli (37 countries), S. pneumoniae (24 countries), and K. pneumoniae and Acinetobacter baumannii (4 countries each).

“Until now, country-level estimates for parts of the world where people are worst affected by bacterial infections have been noticeably absent,” said Authia Gray, study co-author and Post-Bachelor Fellow at IHME at the University of Washington’s School of Medicine. “These new data could act as a guide to help address the disproportionately high burden of bacterial infections in low- and middle-income countries and may ultimately help save lives and prevent people losing years of their lives to illness.”

Founded by two medical doctors in 2004, GAMA is the preferred choice for infection prevention professionals worldwide. By focusing on innovative products and award-winning aftersales support, GAMA has become the NHS’ number 1 supplier of disinfectant wipes.