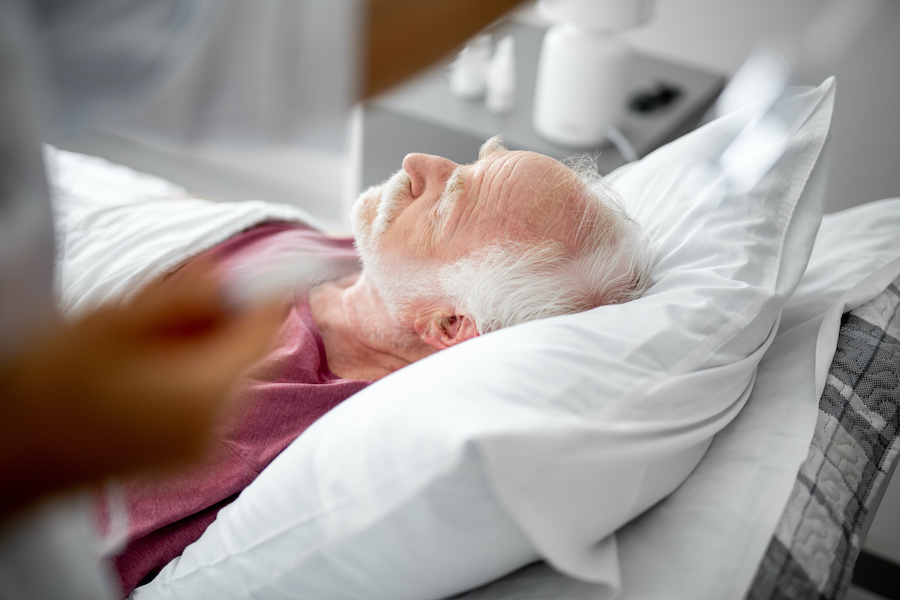 COVID-19 may have changed UK doctors’ end of life decision-making, making them more willing to not resuscitate very sick and/or frail patients and raising the threshold for referral to intensive care, suggest the results of a snapshot survey published online in the Journal of Medical Ethics.

However, the pandemic hasn’t altered their views on euthanasia and physician assisted dying, with around a third of respondents still strongly opposed to these policies, the responses show. The COVID-19 pandemic transformed many aspects of clinical medicine, including end of life care, prompted by thousands more patients than usual requiring it, say the researchers.

They therefore wanted to find out if it has significantly changed the way in which doctors make end of life decisions, specifically in respect of ‘Do Not Attempt Cardio-Pulmonary Resuscitation’ (DNACPR) and treatment escalation to intensive care.

The researchers chose these aspects of end of life care, because of the controversy surrounding  DNACPR decisions, partly prompted by an increase in cardiac arrests associated with COVID-19 infections, and concerns about intensive care capacity, sparked by soaring demand during the pandemic.

The researchers also wanted to know if the pandemic had changed doctors’ views on euthanasia and physician assisted suicide as surveys on these issues by the British Medical Association (BMA) and the Royal Colleges of Physicians and General Practitioners had been carried out before it started.

The online survey was open to doctors of all grades and specialties between May and August 2021, when hospital admissions for COVID-19 in the UK were relatively low.

In respect of DNACPR, which refers to the decision not to attempt to restart a patient’s heart when it or breathing stops, over half the respondents were more willing to do this than they had been previously.

When the responses were weighted to represent the different medical grades in the NHS national workforce, the results were: ‘significantly less’ 0%; ‘somewhat less’ 2%; ‘same or unsure’ 35%; ‘somewhat more’ 41.5%; ‘significantly more’ 13%; and ‘not applicable’ 8.5%.

When asked about the contributory factors, the most frequently cited were: ‘likely futility of CPR’ (88% pre-pandemic, 91% now): co-existing conditions (89% both pre-pandemic and now): and patient wishes (83.5% pre-pandemic, 80.5% now). Advance care plans and ‘quality of life’ after resuscitation also received large vote-share.

The number of respondents who stated that ‘patient age’ was a major factor informing their decision increased from 50.5% pre-pandemic to around 60%. And the proportion who cited a patient’s frailty rose by 15% from 58% pre-pandemic to 73%. But the biggest change in vote-share was ‘resource limitation’, which increased by 20%, from 2.5% to 22.5%.

But a substantial minority said that now they had a higher threshold for referral to intensive care (22.5% weighted) and a lower threshold for palliation (18.5% weighted). When it came to the legalisation of euthanasia and physician assisted suicide, the responses showed that the pandemic has led to marginal, but not statistically significant, changes of opinion.

Nearly half (48%) were strongly or somewhat opposed to the legalisation of euthanasia, 20% were neutral or unsure, and around a third were somewhat or strongly in favour before the pandemic. These proportions changed to 47%, 18%, and 35%, respectively.

Similarly, just over half (51%) said they had strongly or somewhat opposed the legalisation of physician assisted suicide, 24% had been neutral or unsure, and 25% had been somewhat or strongly in favour.  These proportions changed to 52%, 22%, and 26%, respectively.

The impetus to make more patients DNACPR, prompted by pressures of the pandemic, persisted among many clinicians even when COVID-19 hospital cases had returned to relatively low levels, note the researchers. The factors informing it were compatible with regulatory (GMC) ethical guidance—with the exception of limited resources.

“At the start of the pandemic, the BMA advised clinicians that in the event of NHS resources becoming unable to meet demand, resource allocation decisions should follow a utilitarian ethic.

“However, what is clear from our results is that for a significant proportion of clinicians, resource limitation continued to factor into clinical decision making even when pressures on NHS resources had returned to near-normal levels,” they write.

The survey results also suggest that the pandemic has helped clinicians gain a greater understanding of the risks, burdens, and limitations of intensive care and had further educated them in the early recognition of dying patients, and the value of early palliative care, they add.

“What is yet to be determined is whether these changes will now stay the same indefinitely, revert back to pre-pandemic practices, or evolve even further,” they conclude.