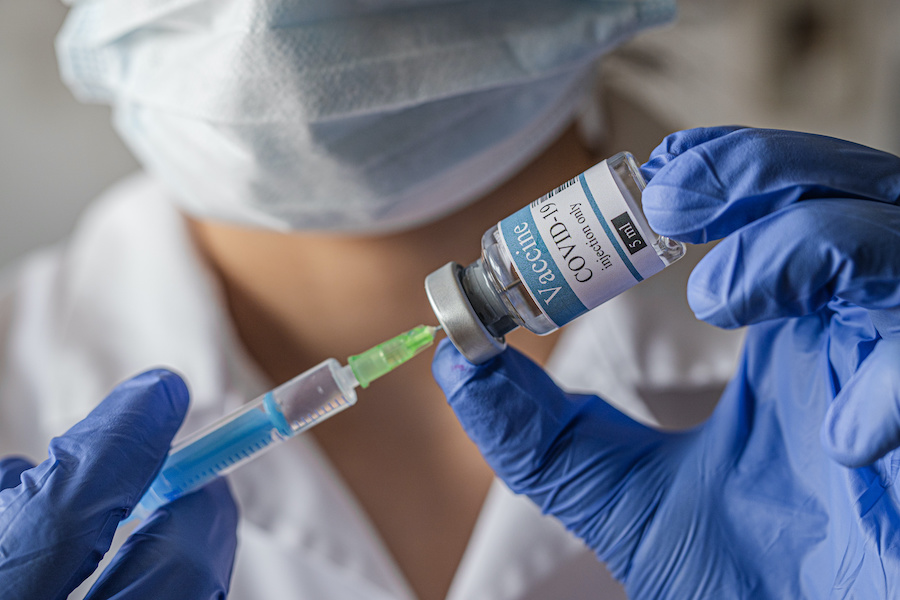 A study published by The BMJ finds a gradual increase in the risk of COVID-19 infection from 90 days after receiving a second dose of the Pfizer-BioNTech vaccine.

The study was carried out by the Research Institute of Leumit Health Services in Israel. Israel was one of the first countries to roll out a large scale COVID-19 vaccination campaign in December 2020, but which has seen a resurgence of infections since June 2021.

The findings confirm that the Pfizer-BioNTech vaccine provided excellent protection in the initial weeks after vaccination, but suggest that protection wanes for some individuals with time.

Across the world, large scale COVID-19 vaccination campaigns are helping to control the spread of the virus, but even in countries with high vaccination rates, breakthrough infections can occur, which scientists think is due to a gradual loss of immunity over time.

Examining the time elapsed since vaccination and risk of infection could provide important clues about the need for a third injection and its preferred timing.

To do this, the researchers examined electronic health records for 80,057 adults (average age 44 years) who received a PCR test at least three weeks after their second injection, and had no evidence of previous COVID-19 infection.

Of these 80,057 participants, 7,973 (9.6%) had a positive test result. These individuals were then matched to negative controls of the same age and ethnic group who were tested in the same week.

And after taking account of other potentially influential factors, the researchers found a significantly increased risk of infection with time elapsed since a second dose.

The researchers acknowledge that interpretation of their findings is limited by the observational design, and they cannot rule out the possibility that other unmeasured factors such as household size, population density, or virus strain may have had an effect.

However, this was a large study of people who all received the same vaccine, and the researchers were able to carry out detailed analysis of the data, suggesting that the results are robust.

As such, they conclude that in individuals who received two doses of the Pfizer-BioNTech vaccine, protection seemed to decrease over time, and the risk of breakthrough infection increased progressively compared with the protection provided during the initial 90 days.

The results suggest that consideration of a third vaccine dose might be warranted, they add.