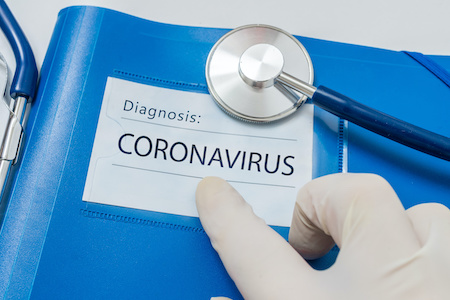 The interim findings from the eighth report of REACT, one of the country’s largest studies into COVID-19 infections in England, have been published. Initial findings show infections increased by 50% from early December, with 1 in 63 people infected.

The latest REACT report, by Imperial College London and Ipsos MORI, reveals infections in England have plateaued at the highest level recorded, with suggestions of a potential uptick. The report does not yet reflect the impact of national lockdown.

The main findings from the eighth REACT study show:

While prevalence has decreased in Yorkshire and the Humber and has remained stable across the East Midlands and North East, infection numbers remain high in all of these regions. The figures demonstrate everyone must stay at home to reduce infections, protect the NHS and save lives.

Professor Paul Elliott, director of the programme at Imperial, said: "Our data are showing worrying suggestions of a recent uptick in infections which we will continue to monitor closely. To prevent our already stretched health system from becoming overwhelmed infections must be brought down; if prevalence continues at the high rate we are seeing then hospitals will continue to be put under immense pressure, and more and more lives will be lost."

There has been increasing pressure on the NHS with 15,000 people admitted to hospitals since Christmas Eve – over 20 hospitals’ worth of new patients. While the vaccine programme continues to accelerate and expand to protect as many people as possible, with over 4 million people vaccinated, we do not know whether being vaccinated stops someone from passing the virus on to others. It will also be some time before the impact of the vaccination programme reduces pressures on hospitals.

Kelly Beaver, Managing Director of Public Affairs at Ipsos MORI said: "As we reach a milestone of over a million people in England having COVID-19 at any one time of our study, the real time tracking of COVID-19 across England is more important than ever. Our study’s ability to find individuals who have the virus, but do not display symptoms, is due to the millions of members of the public that have taken part, who I would like to thank for volunteering, helping to provide the Government with an invaluable tool as we fight this pandemic."

Asthmatics: no higher risk of dying from COVID, study shows

New technology to identify people at high risk from COVID

Getinge commits to the Science Based Targets initiative