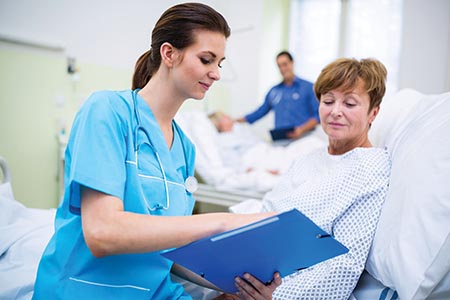 ​Women in their 30s and 40s with a common condition affecting how the ovaries work are more likely to get heart disease.

It is estimated that 6-20% of women of reproductive age have polycystic ovary syndrome (PCOS).1 Features of the condition include multiple cysts (fluid-filled sacs) on the ovaries, irregular periods, excess body hair or hair loss from the head due to high levels of male hormones, and difficulty becoming pregnant.

Women with PCOS are more likely to be overweight or obese, have diabetes, and have high blood pressure – all risk factors for heart disease and stroke.

This study examined whether this risky profile translates into a greater likelihood of developing cardiovascular disease – and, for the first time, whether that persists across the lifespan. Dr. Oliver-Williams explained: “Some PCOS symptoms are only present during the reproductive years, so it’s possible that the raised chance of heart disease might disappear later in life.”

Women in their 30s and 40s with PCOS were at greater risk of cardiovascular disease compared to those without PCOS. The evidence in those under 30 was less clear; this is likely because there were insufficient women of that age in the dataset to identify the risk.

Dr. Oliver-Williams said: “Heart health appears to be a particular problem for young women with PCOS. This may be because they are more likely to be overweight and have high blood pressure and diabetes compared to their peers. Previous studies have suggested that these differences diminish with age. In other words, as women without PCOS get older, they increasingly become overweight and develop high blood pressure and diabetes. In a negative sense, they catch up to their peers with PCOS.”

She encouraged young women with PCOS to stay positive: “PCOS can be a distressing condition. Not just because it can affect fertility. The physical effects can cause anxiety and depression. There’s so much pressure on young women to achieve what we’re told is the physical ideal. It takes age and time to embrace yourself and getting support from others is a vital step, so reach out if you need it.”

“Knowledge is power and being aware of the heart risks means women with PCOS can do something about it,” said Dr. Oliver-Williams. “Women with PCOS have been dealt a tough hand but this is about how these women play their cards. There are fantastic PCOS support groups where they can find out what has helped others with PCOS lose weight, get more exercise, and have a healthier diet.”

She noted that the study only included Scandinavian women taking fertility treatment and caution is needed when extending the findings to other groups.

PHE warns of surge in cases of gonorrhoea

RCN calls for lessons to be learnt from pandemic response 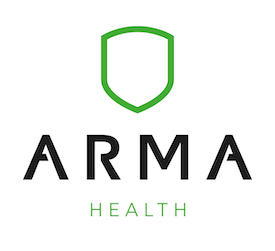 ARMA Health is designed to bring hospital quality products directly to the consumer, giving you the confidence and peace of mind that you and your loved ones are protected. Products that are typically bought in retail stores or online are often not that of hospital standard, and that’s where ARMA Health comes in.