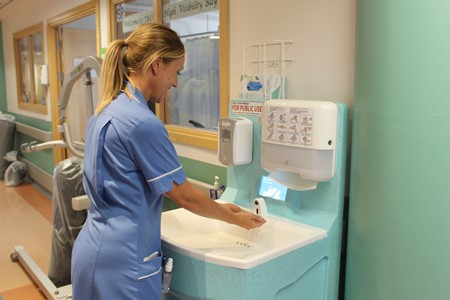 At this time of year, we are usually what has been widely recognised as the peak in seasonal illnesses that include the old enemy influenza and the now frequently occurring norovirus. We are now experiencing something different and, as the UN health agency announced on the 12th February, a new name.

"COVID-19" will be the official name of the deadly virus from China, saying the disease represented a "very grave threat" for the world but there was a "realistic chance" of stopping it.

The Centers for Disease Control and Prevention Worldwide include in their advice, the most effective way to control the spread of the virus.

Wash your hands often with soap and water for at least 20 seconds, especially after going to the bathroom; before eating; and after blowing your nose, coughing, or sneezing.

We are now getting used to see the images of face masks and the daily updates on number of cases recorded both within China and now in different countries around the world. Here in the UK we have reports of nine confirmed cases, the most recent is a woman in London.

The message is, and always will be, that hand hygiene is the most important factor against the spread of infection and regular hand washing with soap and water the most effective method. The NHS UK offer specific advice to avoid the spread of viral infections and summarises that the handwashing solution is important but also warns about any reliance on alcohol hand gels as they don’t kill the virus.

Arrowe Park hospital in the Wirral, designated as an "isolation" facility in a statement on Coronavirus from the Department of Health and Social Care, is managing the quarantine of 93 people who flew back from China last month

The hospital has recently purchased three ‘Mediwash’ portable sinks from Teal. Two are being used in the residential isolation block and the other in the ‘pod’ that is being used to test for the virus.

It is one of the most popular sinks and includes an automatic sensor, that starts a pre-programmed hand wash cycle when hands are placed within range, supported by onscreen instructions that direct the user to follow ‘The NHS hand washing instructions’ for effective hand washing. The sensor also means that there is no direct hand contact with a tap needed to operate it. A huge advantage to reduce the risk of spreading infection.

The NHS has ordered all hospitals to set up the isolation booths so they can send people there if they are suspected to have the coronavirus, now named COVID-19. Isolation 'pods' have emerged at hospitals across England as the country responds to the threat of further infection.

In response to the need for stand-alone isolation facilities by other hospitals, Teal has also supplied two ‘Mediwash’ sinks to the Leicester Royal Infirmary, five ‘Stallette’ sinks to Addenbrooke’s Hospital in Cambridge, and the Wolverhampton Royal Hospital have hired three ‘Mediwash’ sinks.