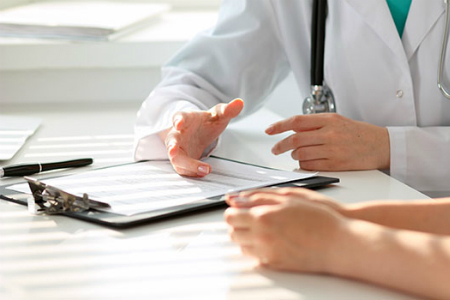 Across the UK, the number of vacant consultant posts has remained consistently high for the last few years (43% in 2018-19 and 45% in 2017-18), but this year has seen a dramatic 33% fall in job advertisements for these roles, perhaps reflecting a lack of confidence by NHS Trusts in the possibility of attracting enough qualified applicants.

The huge number of vacancies not only impacts on patient care, but also puts undue pressure on doctors. Of the 8,656 physicians who contributed to the census this year:

Professor Andrew Goddard, president of the Royal College of Physicians said: "The results of our census are an incredibly alarming indication of the huge disparities in care across the country. Some rural areas are so severely under-doctored, that patient lives could potentially be at risk.

"The sheer dearth of senior doctors in rural communities goes to the heart of the crisis facing our NHS: there simply aren’t enough doctors to treat the number of people in need.

"A major part of the problem stems from the fact that medical schools don’t have enough places to offer those who are keen to study the subject.

"We’re calling on the government to double the number of medical students. The government also needs to do more to support efforts to retain current staff, which are being aggravated by the current pensions tax problem. Only then can we move closer to providing a health service that is fair and timely for everyone, wherever and whenever they need it."

Professor Jackie Taylor, president of the Royal College of Physicians and Surgeons of Glasgow said: "This census provides the definitive picture of the state of the medical profession across the UK today. It makes clear that despite the commitment and professionalism of doctors up and down the country, the pressures that we face on a day to day basis are becoming more acute.

"These results show that we are now at breaking point. The wellbeing of doctors is suffering because of the increased workforce pressures that we face, and this situation now risks plunging our profession into a downward spiral which contributes to further workforce shortages and rota gaps.

"That’s why we urgently need a comprehensive plan to address the serious issues that this census raises, so we can reduce the stress that doctors are under and take steps to retain practitioners within the NHS. I look forward to using these results to continue our work to stand up for the medical profession, and ensure that politicians and policy makers act now on the issues we’ve raised."

Professor Derek Bell OBE, president of the Royal College of Physicians of Edinburgh, said: "The census - once again – highlights the immense pressures that exist in the NHS across the UK with rota gaps, unfilled posts and high levels of sickness absence all having a significant impact on our medical workforce and, ultimately, patient safety.

"These pressures contribute to increased need for consultant presence, poor morale, and insufficient time for service development. Put simply, the supply of physicians is not keeping up with demand and this needs to be addressed urgently if we are to continue to recruit and retain a world class workforce to deliver the best possible patient care.

"It is vital now, more than ever, that we have effective workforce plans and policies in place to cope with demand on the NHS using data from this census to inform future plans. It is time to value our medical workforce and support their wellbeing to retain the experience, skills and knowledge of doctors at every level, from trainees to senior consultants. We need to ensure an increased number of medical school places, sufficient time for training, and maximise international training fellowships. Similarly, repurposing the current NHS spend on locum and agency staff into permanent posts staff would be a more effective use of this money."

Majority of children no longer need to shield

Funding to improve diagnosis in cancer, thoracic and liver disease