Life-changing treatment on the NHS for children with rare, deadly disease 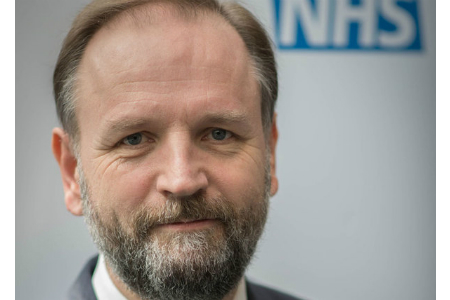 Children in England with a rare condition which leads to early death are set to receive treatment on the NHS, after the health service struck a deal with manufacturers.

NHS England has announced that young people with Batten Disease – an incurable illness which affects the nervous system, causing seizures, visual impairment, mobility loss and early death – will now be offered a drug to slow the onset of sickness.

Batten Disease usually starts in childhood, with an estimated 25 – 40 children living with the condition in England.

Confirmation of the deal to bring the treatment onto the NHS follows negotiation between NHS England and the manufacturer Biomarin who have agreed a fair price that the NICE committee was able to recommend as an effective use of NHS resources.

Cerliponase alfa has been shown to extend the lives of youngsters who take it, and thanks to a new deal, patients will be able to get access to it.

The NHS will now be able rapidly to offer this treatment to Batten disease sufferers not currently receiving treatment, by Christmas at the latest.

The deal to treat Batten Disease is the latest successful negotiation led by NHS England, which has seen new and life-changing drugs come on stream for patients in England, after treatments for rare cancers, sight loss, haemophilia, multiple sclerosis and a rare muscle wasting disease in children have all been approved within the past year.

Simon Stevens, NHS chief executive, (pictured) said: “This is another concrete step towards ensuring NHS patients with rare conditions get access to important new treatments. Over recent months there’ve been a series of successful deals as NHS England works closely with the life sciences sector to make life changing new drugs available for haemophilia, MS, rare cancers and other conditions. Coming after extended negotiation, the new deal reached today is a reminder that in order to succeed, companies must be flexible and realistic, because the NHS in England cannot and will not simply write blank cheques at taxpayers’ expense.”

Professor Stephen Powis, NHS national medical director, said: “This is important news for children and their families suffering from this devastating disease who can now have access to a life-changing treatment, having endured a long wait for the company to make a fair offer.

“This latest deal coming on the back of a number of other recent successful negotiations demonstrates that there is no reason for other companies not to show equivalent flexibility in order to benefit NHS patients, taxpayers and indeed themselves.”

Batten Disease is caused by low levels of an enzyme called ‘tripeptidyl peptidase 1’ which means that fatty substances build up in the brain, nervous system and eyes.

There is currently no cure or life-extending treatments for Batten Disease, only symptom relief and supportive care.

But cerliponase alfa, also called Brineura, is an enzyme replacement therapy administered directly into the brain via a surgical implant which clinical evidence has shown can slow the deterioration of mobility and speech in the short-term.

NHS England has reached a confidential deal with the company which benefits patients and taxpayers so it is available on the NHS while further evidence is collected.

NHS England has agreed the terms of a commercial deal which has allowed NICE to confirm that it can now recommend this treatment as part of a managed access agreement (MAA), while additional evidence about its effectiveness is gathered over the next four and a half years.

During this period, patients will be able to receive this treatment where clinicians and parents agree that it is suitable.