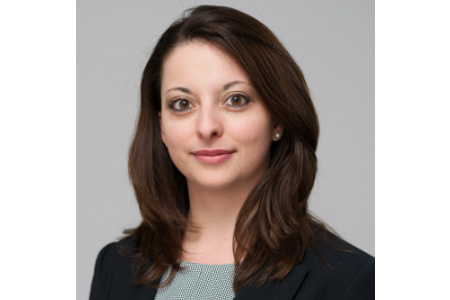 Hospitals are meant to start treatment within 62 days of an urgent referral by a GP in 85% of cases, but, according to BBC research published on 13 June, 94 out of 131 cancer services in England failed to do that during 2018-19. The worst performer was Maidstone and Tunbridge Wells NHS Trust, which saw fewer than 61% of patients within 62 days.

Hannah Travis, solicitor at Bolt Burdon Kemp, (pictured) said she was "disappointed, but sadly not surprised to see that nearly three-quarters of health services are failing to treat cancer patients quickly enough."

Hannah said: "The reasons given for delays include a surge in the demand on services and the ever depleting NHS funds available to meet the extra strain on the service. Overall, across England, more than 32,000 patients waited longer than 62 days for treatment to start. Every single one of these patients is being failed at one of the most difficult times of their lives.

"The misdiagnosis of, and delay in, diagnosing and treating cancer is a very serious problem for the NHS. We sadly act for many patients and bereaved families who have endured devastating impacts on their lives due to their cancer diagnosis being delayed or not treated quickly enough.

"It is not difficult to envisage harm being caused to patients whose treatment is avoidably delayed beyond acceptable levels. Cancer is a ticking time bomb, the earlier it is detected and treated, the better the outcome for the patient. Delays have a significant difference to the growth and extent of cancer and the treatment options available, and potentially the difference between life or death."

Hannah continued: "In some circumstances, the harm caused to a patient as a result of delays in detecting and treating their cancer, could lead to claims for medical negligence. Where a patient suspects their cancer diagnosis or treatment has been avoidably delayed, they can raise their concerns directly with the relevant GP or NHS Trust. However, in order to obtain compensation, a patient (or their representatives where they have passed away) will need to obtain legal advice from specialist medical negligence solicitors.

"Whilst the delays are caused by a lack of funding and staffing, this should soon start to be counteracted by the crucial role ever advancing technologies in detecting cancer much sooner has. Breakthrough technology is currently being used in detecting breast and prostate cancer much earlier with pioneering scanners, meaning that the cancer has a better chance of being treated. New innovative tools are being created which could detect some types of cancer with a single drop of blood."

"The new five-year funding deal for the NHS came with the explicit expectation that the NHS would get back on the path to delivering its core performance standards. But today’s figures show there is still a long way to go, with record numbers of people stuck on hospital waiting lists.

"There are 4.4 million people waiting for consultant-led care and the proportion of patients who began their treatments or got diagnostic tests done within NHS time limits were both at their worst level for more than a decade. Cancer patients are also facing longer waits, with the proportion of people who are seen within two weeks following an urgent referral at the lowest level since records began.

“Despite the best efforts of NHS staff, it is hard to see how the NHS can get back to delivering its performance standards while it remains in the grip of a workforce crisis. If the government is serious about giving patients timely access to care, it must deliver on its promises to address staffing shortages and provide investment and reform for social care and preventative services.”

QED SCIENTIFIC manufacturers an extensive range of warming cabinets supplying patient warming equipment to the NHS and private hospitals for 20+ years. The company’s warming cabinets’ for fluid, blanket, and contrast media provide a cost-effective means of storing and warming a wide variety of clinical items.