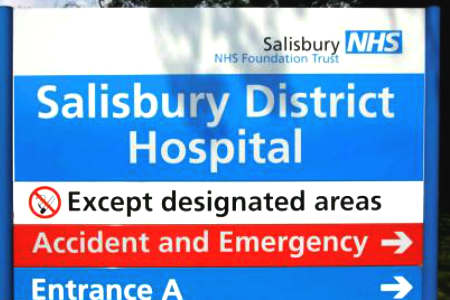 Salisbury District Hospital declared a “major incident” on Monday 5 March, after two patients were exposed to what is believed to be an opioid. The fire service was called to decontaminate the hospital’s Accident & Emergency unit, as paramedics treated the casualties.

Emergency personnel arrived to the scene, wearing full-body hazardous materials protective and an incident response unit was on site.

It followed an incident hours earlier in which a man and a woman were exposed to a substance in the city centre.

A spokesman for Salisbury NHS Foundation Trust said: "We are currently dealing with a major incident involving a small number of casualties, with a multi-agency response. It is under 10 people, but I cannot say any more at the moment.

"People with outpatient appointments in other areas of the hospital can still come in as planned, but we are asking people not to come to the Accident and Emergency department unless it is an emergency."

Note: This story was updated on 26 April 2018 to remove suggestion (which was widely speculated and reported at the time of writing) that the substance found was fentanyl.

For over 30 years Warwick SASCo has been part of evolving supply of decontamination & nursing products worldwide to hospitals, healthcare & patient nursing. Recognised as a market leader, we have a reputation for high quality products designed for hospital decontamination & sterile services, operating & surgical applications, patient care & nursing